Asturia quartet is the union of beautiful, talented and creative girls from Ukraine who live for one purpose – to create a new art and make the world more beautiful! As a new rising star, Asturia collects admiration and applause around the world!
Voices of modern electronic musical instruments, bright costumes and expression of artists turn Asturia’s performances into a spectacular show, while musical arrangements of famous music brings the new original sound.
Members of the quartet Asturia are young and talented musicians with higher musical education from the Tchaikovsky National Music Academy of Ukraine, they are numerous winners of state competitions of violinists and cellists, have experience in solo and chamber performances. But once the girls with classical education took up the electronic instruments and made the classics sound new, winning the hearts of many listeners! So the quartet Asturias was born.
Quartet Asturia conquered countries in Europe, near and far abroad. For the Girls applauded in France, Spain, Belgium, Italy, Austria, Germany, the Baltic States, the OAU, in South Korea.
They perform their art for legend Montserrat Caballe, made performances for Caftan du Maroc Fashion Show and for Blizzard Entertainment, the participants The 17th Daejeon Cosmopolitan Music Festival in South Korea, opening of the American beauty contest Mrs.International in Ukraine – Mrs.Ukraine International 2018 , made show for UEFA Final Liege Champion 2018 in Kyiv, Ukraine, accompanied the competition “Supercross de Lyon” 2018 , opening of the show of Jeremy Ferrary “Duos Impossibles” on the “Smile and Song Festival” in Brussels 2019 , participated at the annual Grand Ball of Princess and Princesses 2020 in Monaco under the patronage of Prince Albert, etc.
Asturia Quartet performed Champions League Anthem in Madrid , on UEFA Champions League Final 2019, before match Tottanham Hotspur vs Liverpool FC. 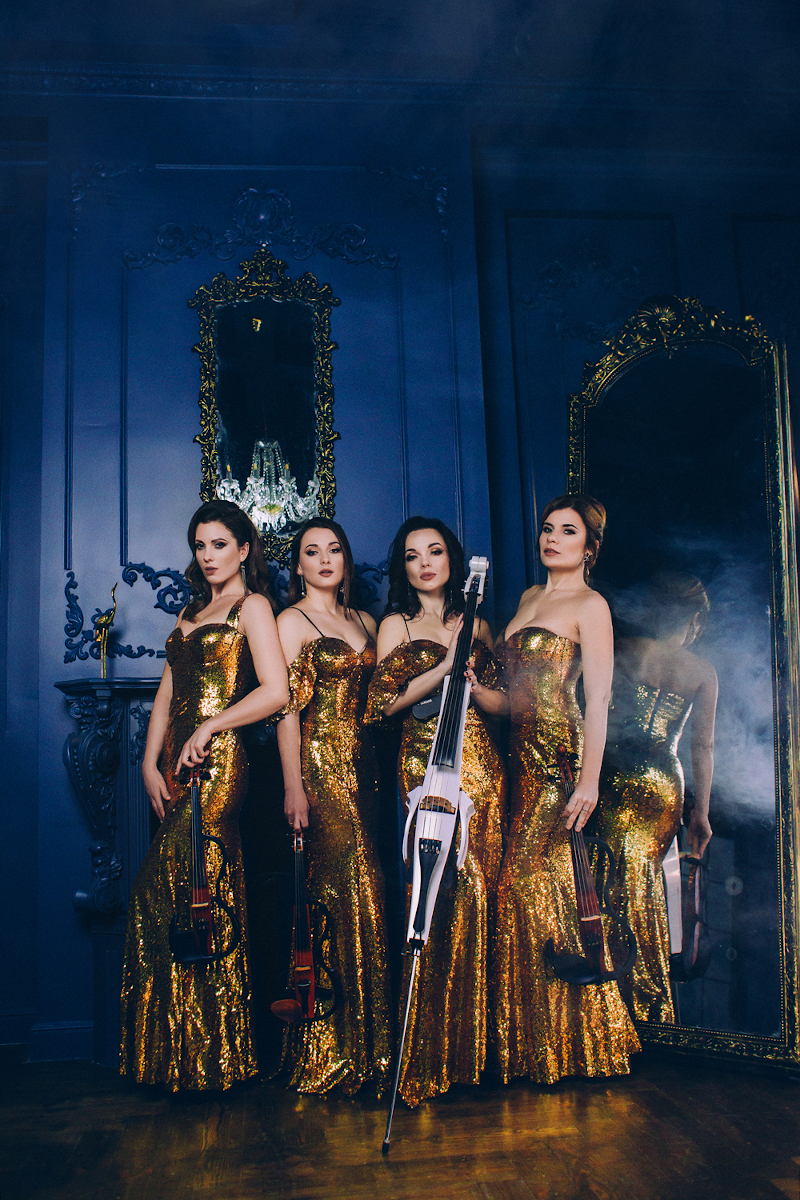