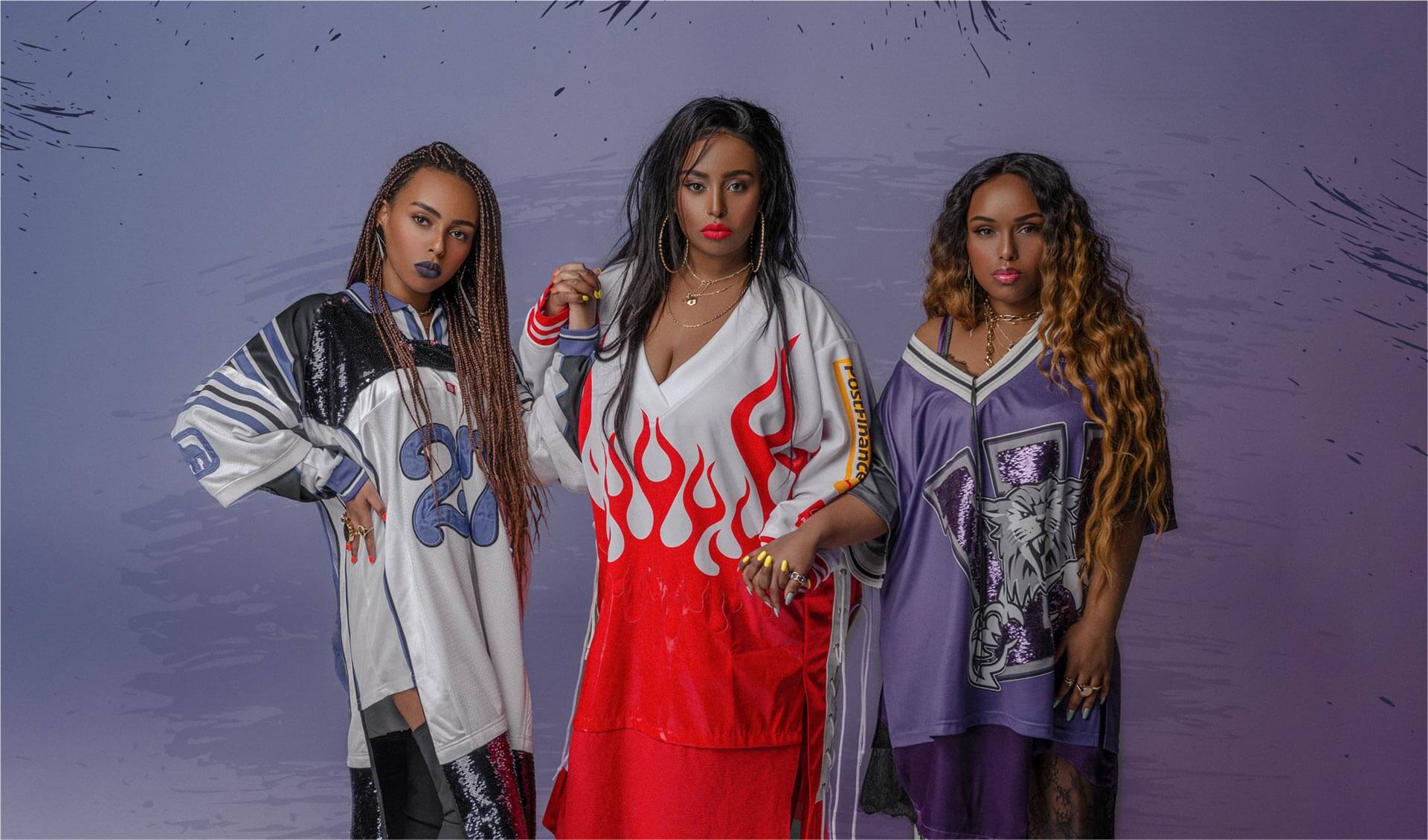 FO SHO is an African Ukrainian hip hop project founded in early 2019.
Sisters Betty, Miriam and Siona are very proud of their cultural diversity and demonstrate it in their songs and energetic live performances. Their music is a combination of genres, from trap to hip-hop.
After the release of their breakthrough track and music video “Xtra,” which have been praised by local music critics, the band has joined the rapidly developing female rap wave in Ukraine.
The “Xtra” music video not only depicted the trio’s transformation but also translated their explosive confidence, sexuality and genuine joy of being who they are.
“The message was that any person, one from the LGBTQ community, fat or thin, non-standard, a person who has an unusual opinion, they shouldn’t put limits for themselves”.
Their first album will include up to 10 songs, which mixes elements of various styles like hip-hop, R’n’B and jazz.