NOVA OPERA is a group of young Ukrainian artists the aim of which is search for new ways of developing of music theatre. It was founded by director Vlad Troitskyi in 2014. Musicians create the new synthetic genres and experiment with untypical music and stage performances. The music language of the performances hasn’t got any aesthetic borders and freely unites avant-guard and rock, Gregorian choral and trip-hop, new baroque and folk improvisations. The vocal-instrumental ensemble of NOVA OPERA investigates possibilities of human voice and uses non-academic methods of playing music instruments such as prepared piano, bit-box, body-percussion and so on. The use of achievements of traditional theatre is mixed with the modern technologies: vj-ing and live-electronic music.
NOVA OPERA’s repertoire consists of seven operas: opera-requiem “IYOV” (based on the Book of Job), overnight opera “UnSimple” (based on the novel of Taras Prohasko), opera-circus “BABYLON”, in which circus artists take part, opera-ballet “ARK”, trap-opera “Wozzeck” (collaboration with Ukrainian poet Yurii Izdryk), and drama per musica “Hamlet”(collaboration with Ivano-Frankivsk Music and Drama Theatre). The first production of NOVA OPERA was improvisation opera “Coriolanus” based on the tragedy by William Shakespeare.

The premiere of the opera “IYOV” was held on September 21, 2015 on the main stage of the biggest festival of contemporary art in Ukraine – VIII International multidisciplinary festival “GogolFest 2015”. In May 2016 it was performed at The V Festival of Traditional and Avant-garde Music CODES (Lublin, Poland). In June “IYOV” became a headliner of contemporary art festival Porto Franko Gogol Fest (Ivano-Frankivsk, Ukraine). In August, 2016 opera “IYOV” was presented in Copenhagen, Denmark, in November, 2016 it was played at The Gdansk Shakespeare Theatre. In 2017 opera was presented at Musikverein (Vienna, Austria) and at May Opera Evenings Festival (Skopje, Macedonia).
In 2018 "IYOV" was presented at PROTOTYPE opera festival in New York, at Operadagen Rotterdam and in France.
Job (Iyov in Hebrew) is the central character of the Book of Job in the Bible.
This is a story of his life, pride and disbelief, the search for life’s meaning and death, hope and regret. The center of musical scenography is the prepared piano, that turns into a real orchestra. The pianist and singers use a wide range of percussion instruments such as snare drum, marimba and timpani sticks, triangle, ride cymbal. They use coins, keys, fingers and nails for playing on the strings and the body of the grand piano. The instrument sounds like a harpsichord, drums and occasionally as a synthesizer or electronic sounds generator. 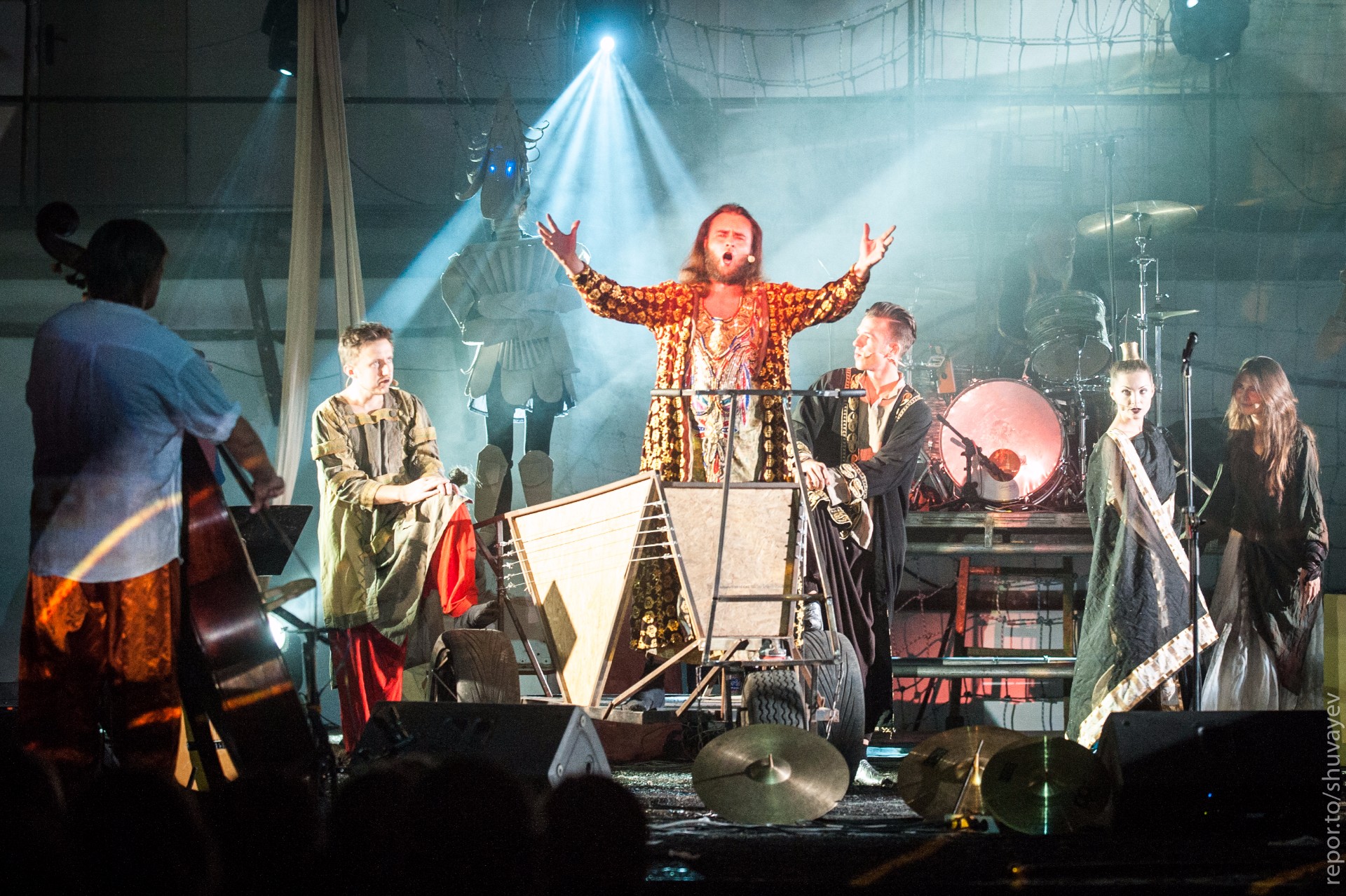 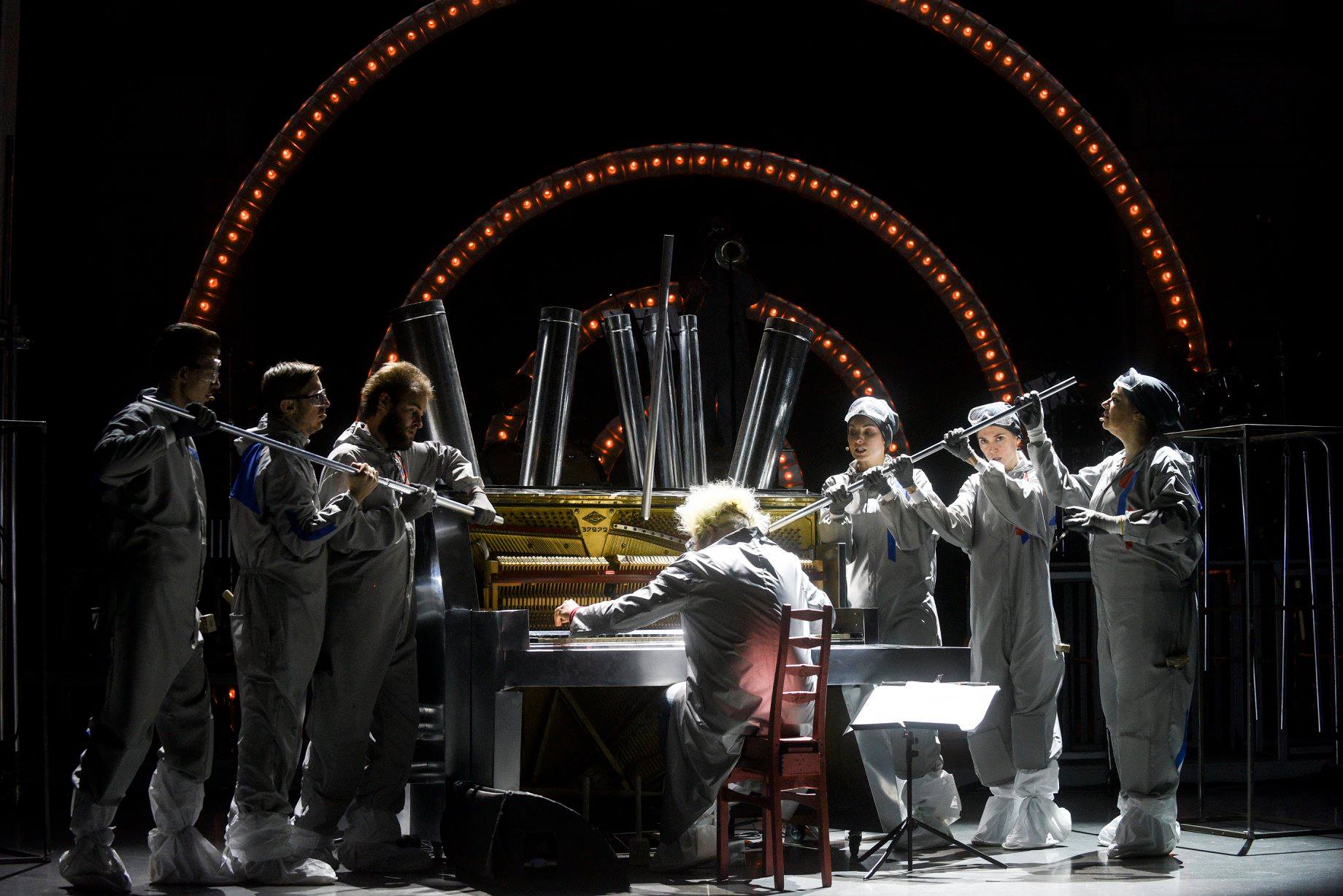 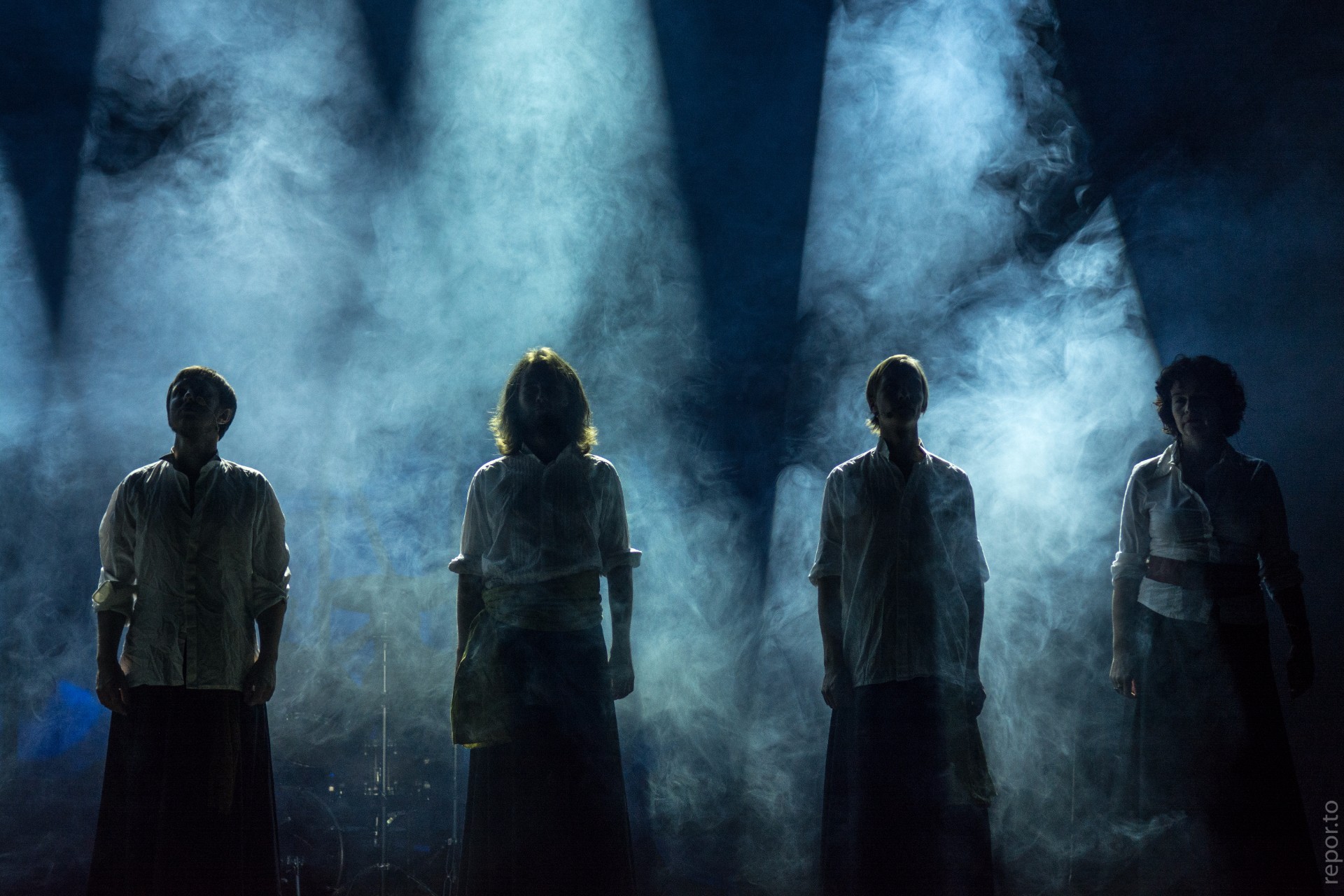